November 1990 Cassandra and her two best friends went out for the night of their lives- a heavy metal concert in the city. But, they never made it to their destination. Their adventure turned into a nightmare when they stumbled into the house of The Huntsman- the nearly-mythical killer terrorizing their small town.

By morning, Cassandra was the only one left alive.

Now, thirty years later, Cassandra is a successful novelist with a devoted fanbase. She has worked hard to put the memories of that horrible night behind her, while keeping the world at arm’s length. But, when her publisher forces her to do a publicity tour for her latest book her worst fears are confirmed. The world doesn’t want to let her forget about the tragic thing that happened to her and her friends . And now someone is taking his obsession with the murders too far.

“Cuts You Up” is a tale of trauma, survival and goth music

Available wherever eBooks are sold! 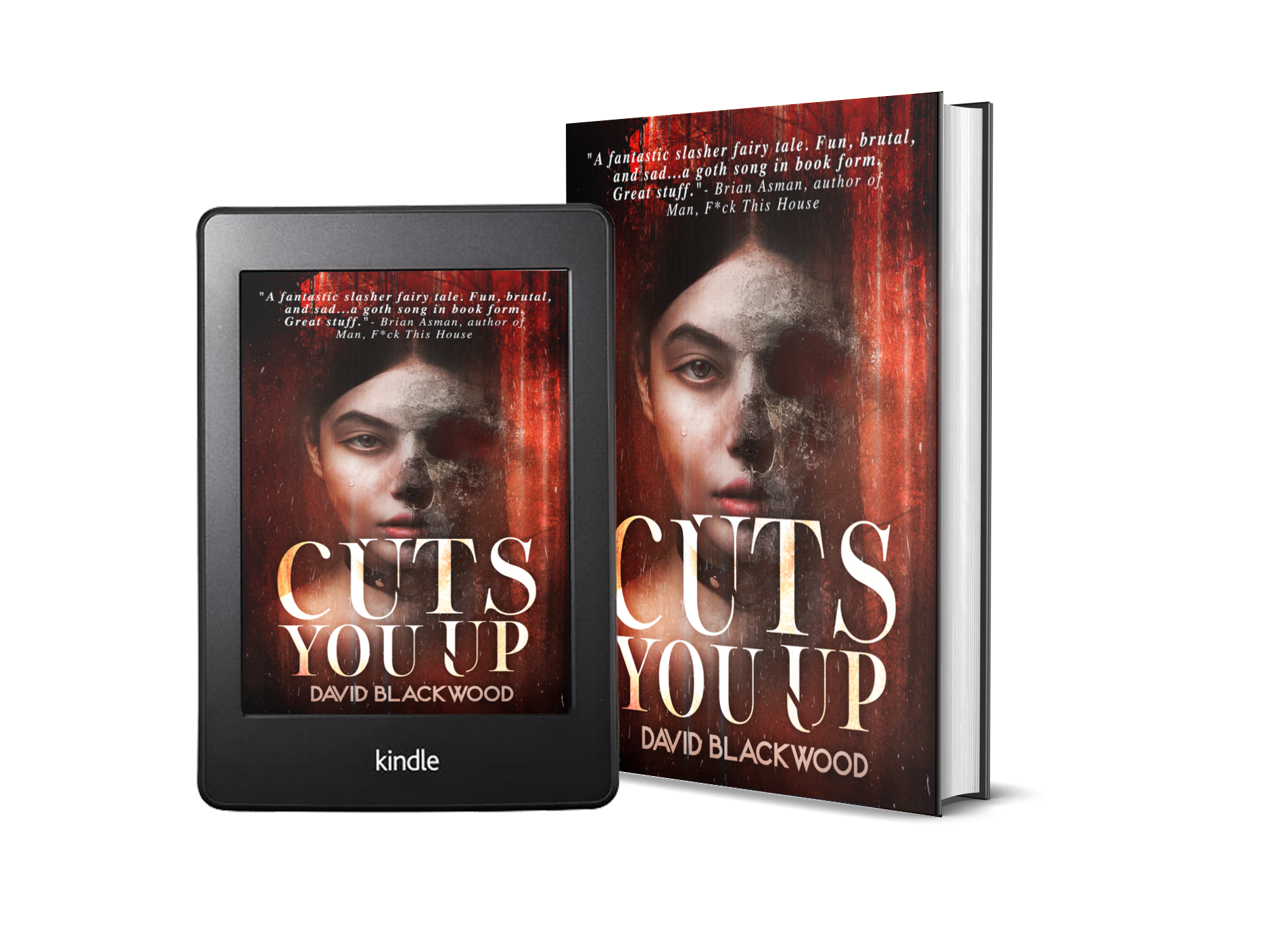 Sign up for news and a free bonus chapter!